We recently moved into an older house with a pretty rough master bathroom with a walk in shower. The corner of the shower door appears to be a little leaky so I was going to sit down and replace caulk and clean a bit, but the wall by the corner was crumbly as soon as I touched it (see the first image). One thing led to another and I removed those baseboard tiles (there were two, a long one you see in the first image and a small one by the corner just out of frame), cut out all the damaged drywall, and ended up with the hole you see in the second picture.

I got some cement board and have attached it to cover the hole like you see in the third picture. I needed a wider piece on bottom to run from end to end so hopefully that isn't too weird an arrangement. The reddish messy thing on the corner is I guess the metal corner bead which I'll try to clean off a bit. The two tiles by the shower door are part of larger tiles so I couldn't remove them without taking off the shower door, which would turn this into more than I could probably do, although maybe that would have been ideal?

Before I do anything too irreversible the plan was to tape and apply a couple of coats of joint compound (which seems like it'll be awkward with the little space I have but hopefully doable). Reattach the tiles with thinset mastic, and then caulk everything, sand, prime, paint.

I just want to run this by people to see if this plan is the right way to do this or if I should take those pieces off and do something else with this. 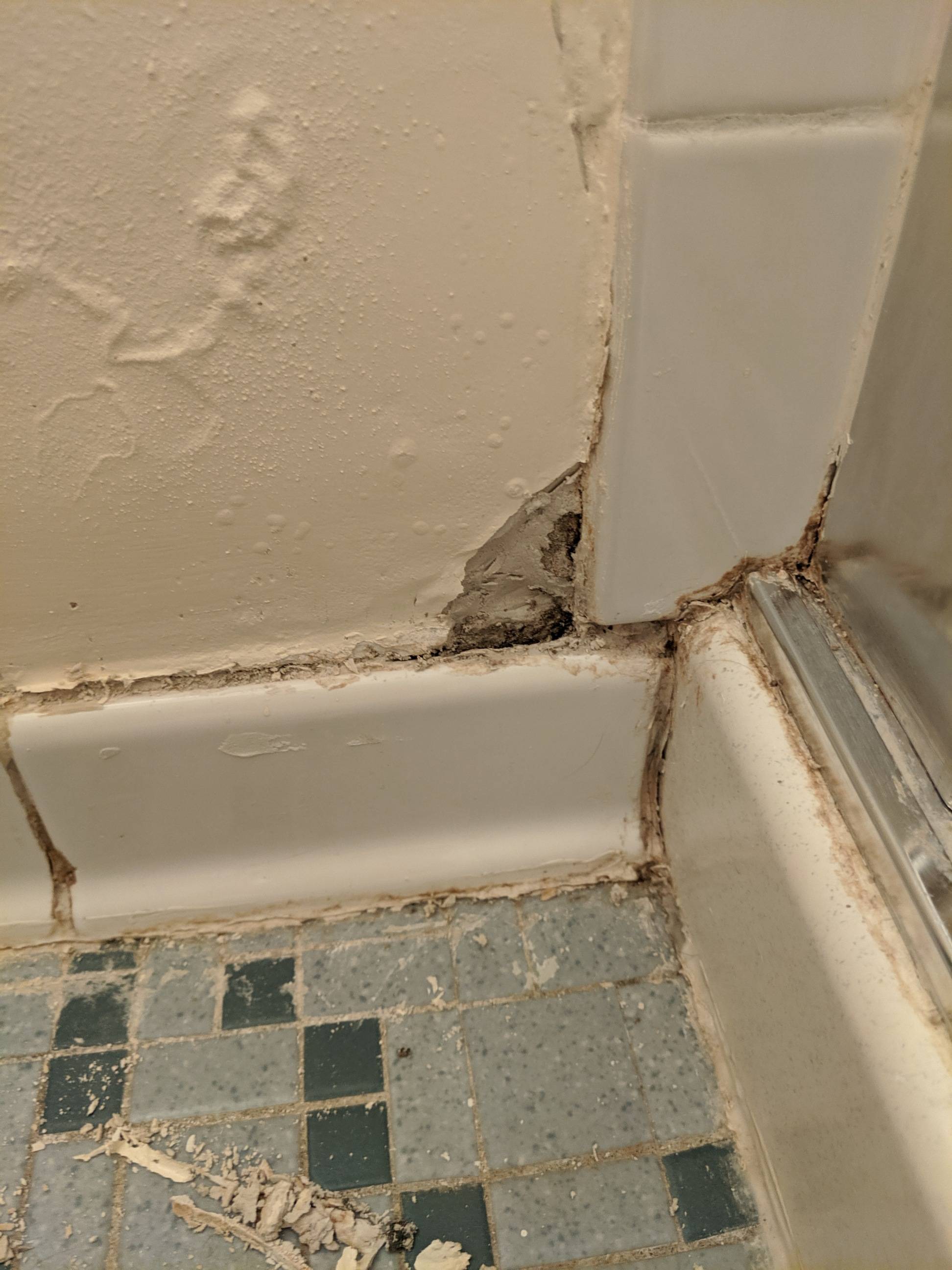 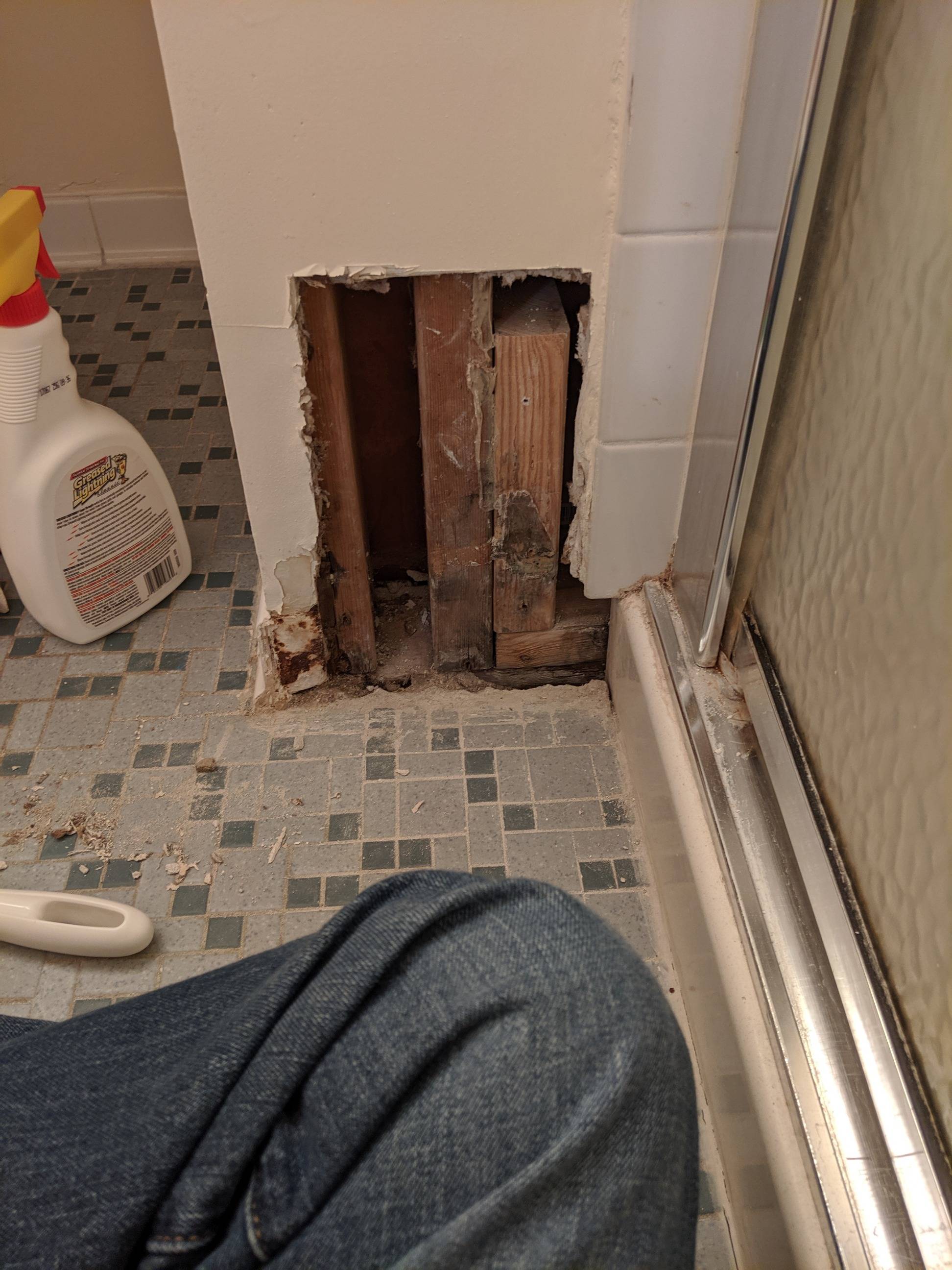 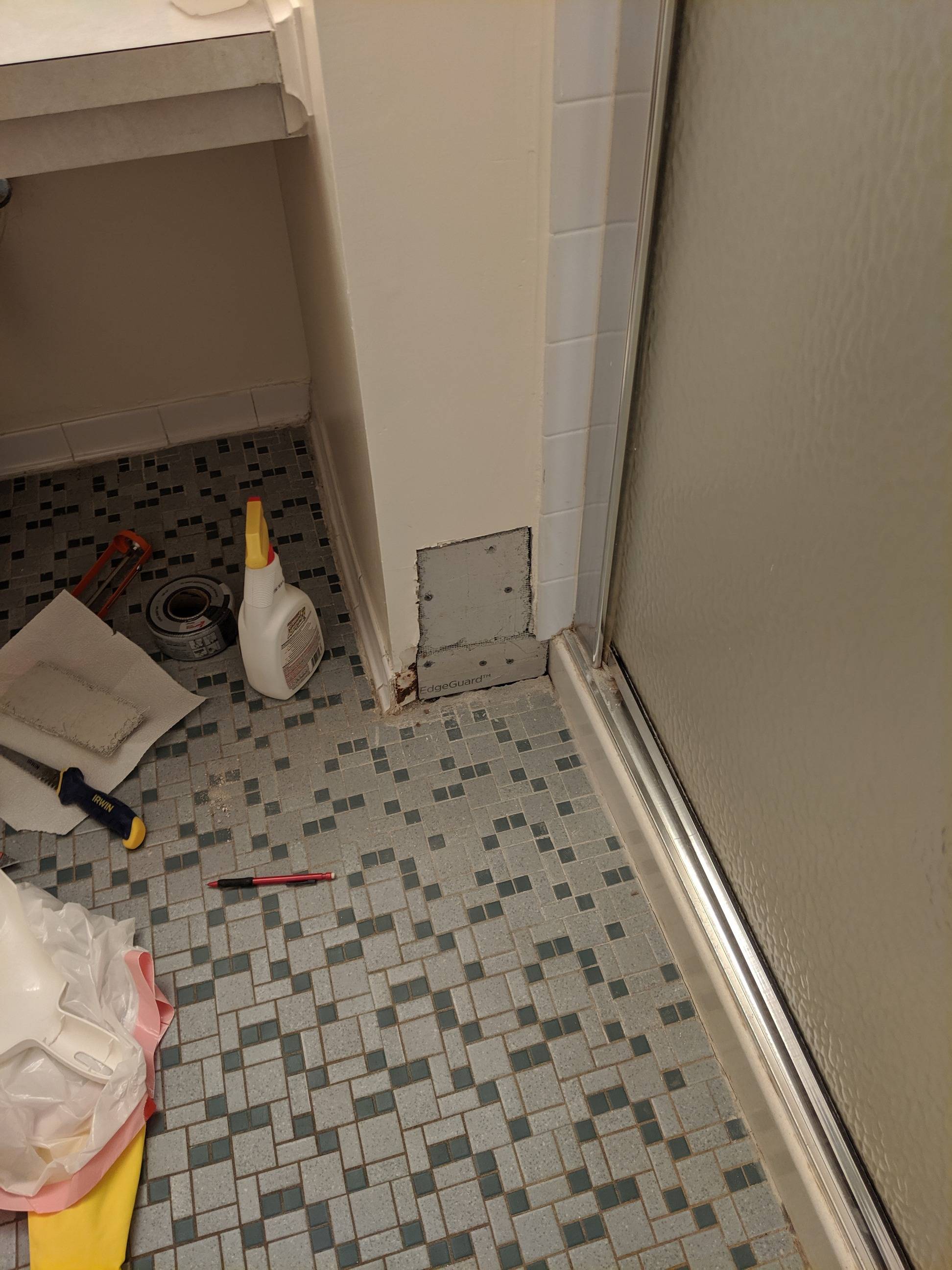 Are you looking for the answer?
Original Question and Possible Answers can be found on `http://diy.stackexchange.com`
Question Tags: bathroom, repair, walls